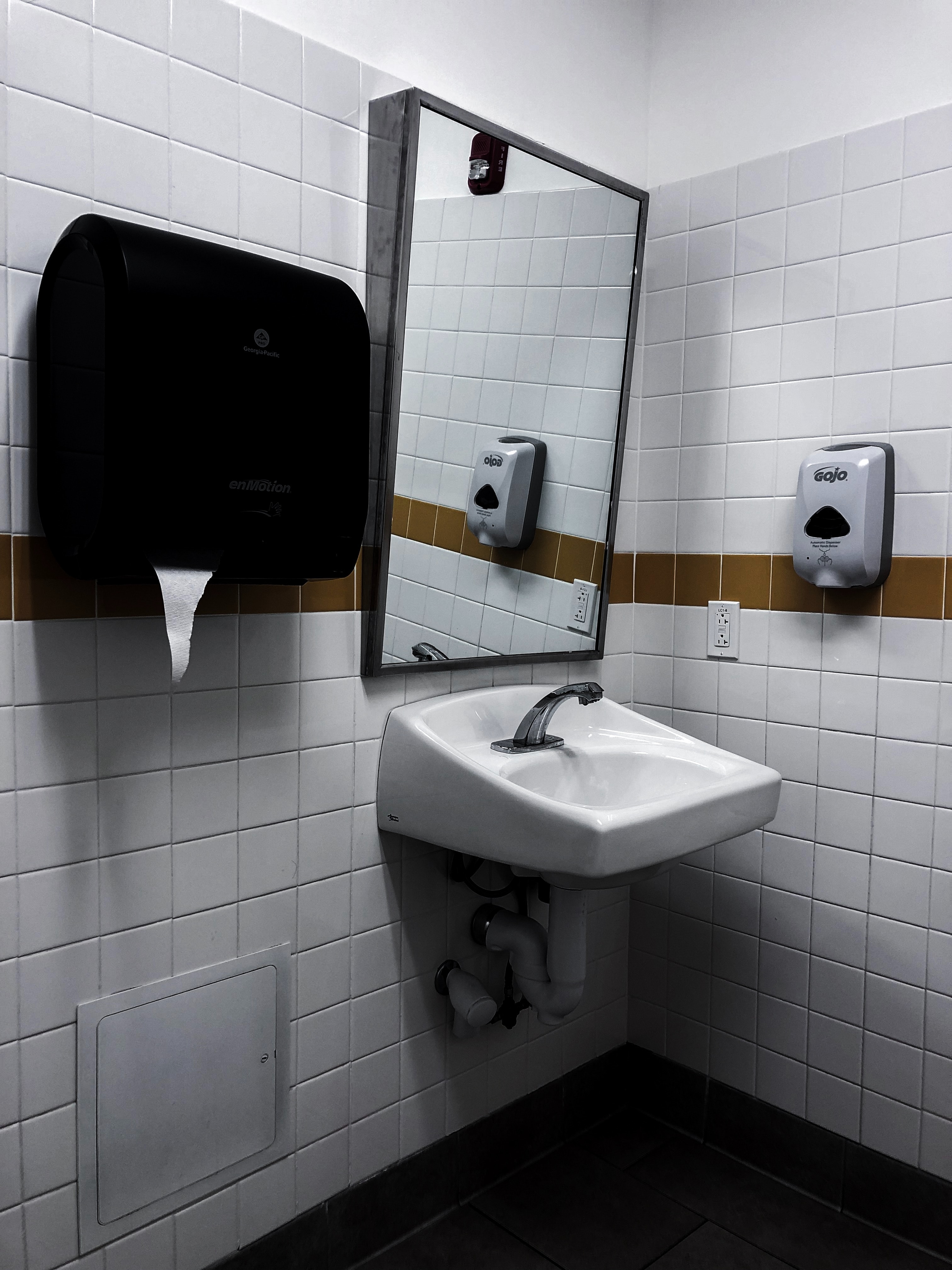 Photo by Jahongir Ismoilov on Unsplash

“Is it possible to get this report in a not retarded way?”

“There it is, ladies and gentlemn. We’re in a professional setting you jackass...”

“Well, it's called a draft, dipshit. But lets just remember, you’re throwing around the word ‘retarded’ in a business setting. In other companies, you would get fired for that.”

“You’re psycho. You need to talk to someone, as a matter of public safety” and he walked off with his heavily red-marked printout in hand.

“Yeah yeah, just make sure the next time you give me that report there’s no mistakes... Dingus.”

Jim shrugged, “that’s just the way he is.”

Clickity clack. Jon got back on his computer to work on the report due Friday. He had a few more emails to get through before he finished the day. He, Jim, and Diana worked in a square meeting room converted into office space. It was a small company, nearing 100 employees, and most of them Jon was fine with. But he got serious unbridgeable grievances with one mid-level manager, Roman. “Ughh.”

He let himself get absorbed in the work and was soon focused on getting home without incident instead of any workplace drama. But not before his customary paid vacation in Porcelain Springs. He checked his phone was in his pockets and left for the hallway.

The bathroom had one urinal, and one stall on the opposite end of the door. The urinal was situated between the sink to it's left, and the stall to the right. The lights were bright, the floor and wall were clean, thanks to the underappreciated work of the janitor lady, and the paper towel dispenser was broken, as usual. On the toilet, facing to the left from the door, comfortably sat Jon catching up with the news.

“Honesty this is getting absurd. There is a standard of decorum expected of a president, that is drastically being let down. SAD!”

“Working out and meeting with friends in the same day. That’s a win in my book, girl #TeamGinny.”

The door creaked open and Jon quickly whipped away his phone to the side. “Like clockwork.”

He became adept at pivoting his phone right when he heard the door open, removing it from sight before anyone could see through the cracks in the bathroom stalls. Other times he, or an unsung hero earlier, would hang a piece of toilet paper to cover the gap.

The awkward single step, followed by the faucet running for a few seconds, all while his feet, visible under the stall doors, pointed at the toilet, confirmed his suspicions. Jon was elated, struggling to keep his giddiness to a big smile instead of any audible yelp or “gotcha”. Same black Oxford shoes, grimy and worn with the rubber heel, it was 100% Roman.

The urinal was flushed. Followed by the faucet running once again. This was getting too much. He was wasting both of their time, valuable time Jon could be spending catching up with the news.

A pause, before the door decidedly closed. There were no footsteps, but Jon still hesitated to take out his phone again. Roman never did it before, as far as he could tell, but he may be pulling the good old-fashioned left-the-room fake-out. Classic.

He leaned forward, and peered through the crack. His first sight was the widening eyes of his nemisis staring straight back at him. He stood in front of the the sink and the toilet, facing the toilet stall. Jon then noticed his navy-blue pants and navy-blue briefs (of course they matched) crumpled on the floor. Also visible was Roman's hands firmly coddling his erect penis. Jon quickly sat back up and stared straight ahead at the recently-cleaned white tiled wall.

The door closed immediately after Jon jerked himself upright. He had to check, and this time the room really was empty. "Maybe Roman really did need to see a therapist."

For Roman's part, he returned to his desk. After seeing Jon come back into the office, he went back to the bathroom, checked that the stall was empty, and finished himself off on the bathroom floor. He then cleaned himself up and left the restroom, headed straight to his car, and never returned to that building again.