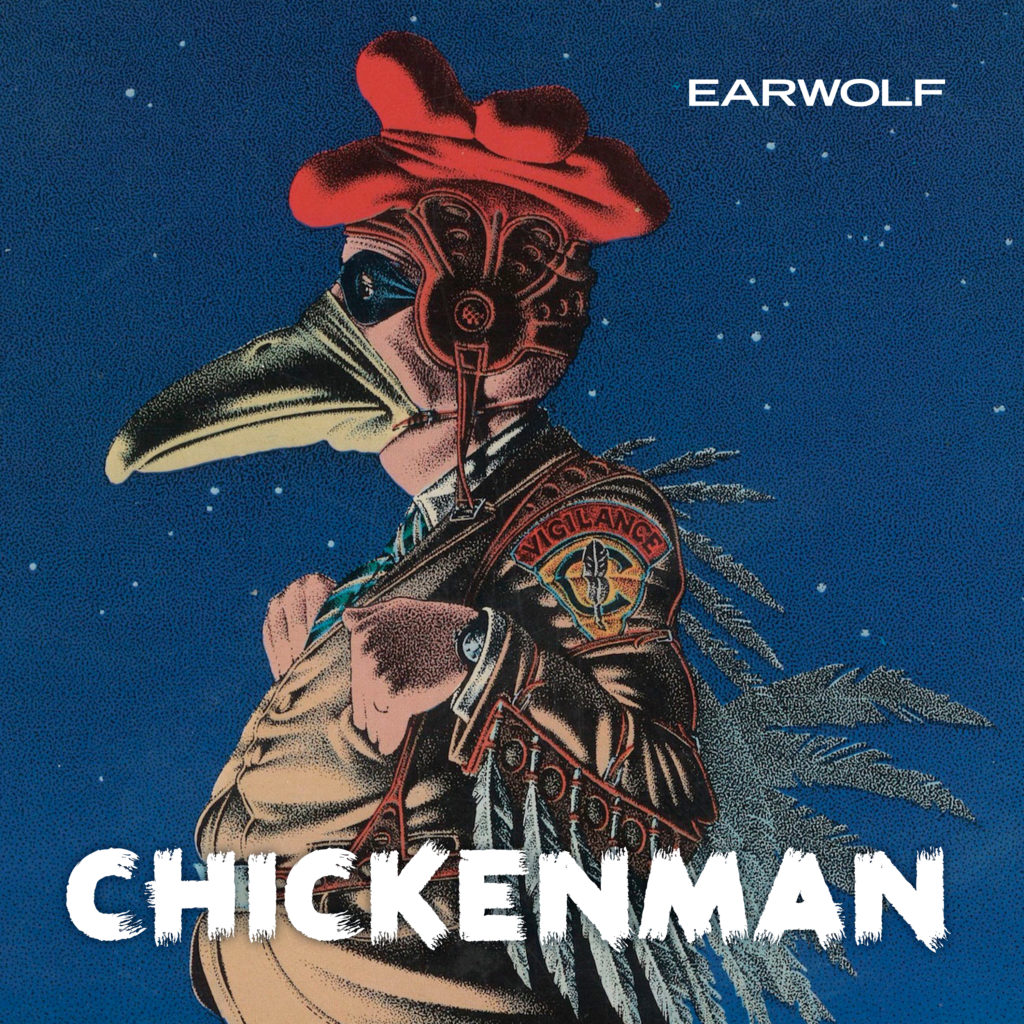 The Chicken In Aisle 7

What supermarkets allow their employees to engage in such gory behavior?

It was approaching 11 at night when I realized I had run out of cereal, peanut butter, and some chicken for tomorrow's dinner. Usually I would wait until the day of to grab groceries, but I had made plans to meet up with a coworker for happy hour drinks. She was someone I was looking forward to seeing, and I didn't feel like keeping in mind during the date that I would have to drive to the supermarket later.

When I arrived at the nearby Walmart, the parking lot was completely empty aside from one beat up car. It was almost pitch black outside but for a flickering lamppost. Inside it seemed like I was the only one there, but I later saw a lone cashier and a stockboy frantically running around, which I found odd because he wasn't carrying anything and almost nothing was in stock. There was another customer in a worn out brown jacket, and dirt-stained jeans; the only other customer from what I could tell. I guess he was the owner of the other car in the parking lot. The fluorescent light gave an unnatural bright sheen to everything in the store, and hurt my eyes when I came in. I hurried to the cereal section. A flashing red light accompanied a continuous, screeching wail that echoed through the store.

I was looking for my favorite brand of Kellogg's Frosted Mini-Wheats. It was a bit pricier than the rest of the choices, but I liked the texture, and for it's taste, it was surprisingly nutritious. It had a lot of fiber and while it had a lot of sugar, I wasn't too worried about that. I found the Frosted Mini-Wheats box and was really beginning to get annoyed by that head-scrambling siren. It was on sale, 50% off. I put two boxes into my basket and headed to the poultry aisle.

The poultry aisle was the only part of the store that was fully in stock. The shelves were brimming with chicken thighs bone-in skin-on, leaner packages of chicken breasts, there were turkey necks hastily Saran wrapped to warped pieces of plastic foam. Small whole chickens sat there in bags with the blood pooled at the bottom.

The lights became even more intensely bright as the siren started to wane. Then the lights fried out and it was pitch black inside. I stood there surrounded by aisles of chicken and other poultry carcasses, for an uncomfortable, completely dark, and silent minute. I couldn't decide between the chicken breasts or the chicken thighs, and the lack of lighting was not helping. The backup generator kicked in and a much dimmer light came on. It was as if the whole store was illuminated by those backlit ads on bus stops. In the faint lighting I could barely make out what the price was of the pack of chicken breasts I was holding. 1.39 a pound! Aside from the constant buzzing of the refrigerators in the frozen foods section; the only other noise was periodic muttering by, I believe, the shoddily dressed man.

Near the now-closed butcher section, the dual swinging-traffic door flung open, banging against the wall. Out ran a man in a full-sized chicken costume, who was panting very heavily. He ran right past my aisle and knocked down some unhealthy packs of overly-sweet cupcakes. Behind him was a man dressed as the Kentucky Fried Chicken colonel, he even had a plastic mask and wig on, and was swinging a chainsaw. He wore a long white cloth apron. I hesitated before choosing not to pick up the cupcakes, a store clerk would handle it. I dug through the pile of chicken breasts to find the one with the latest sell-by date, that way I would for sure get the freshest chicken available. I threw the chicken into my basket, and ventured forward to peek around the corner into the bread aisle that they were performing in.

What a macabre Halloween stunt. I could only assume the store's staff were very bored to have planned this all out. They must have figured the store would be mostly empty at midnight, on Halloween. On the other end of the aisle, stood the shoddily dressed man, who occasionally let out a loud high pitched scream in between his inaudible mutterings, and I could only imagine what he was thinking. The Colonel stood over the frightened Chicken man, and revved his chainsaw. His legs stuck out from his white-feathered midsection. I remembered I had to buy some hummus and celery too, it's a healthy and convenient snack when you aren't hungry enough for a full meal. The man in the chicken costume raised his plastic wings toward the colonel, and let out a desperate scream. The chainsaw shredded through a few loaves of 100% whole-wheat bread on the shelf before coming down on the Chicken mans head. I could clearly see the bloody innards inside the neck.

I gathered my grocery basket and hastily went around their aisle to the cash registers. I stood there waiting for a cashier to show up, but considering the gross spectacle I had just seen, I opted to just leave. I heard a loud screeching of tires while walking to the automatic doors, and looked back one more time to see the body was still laying there, and the raggedy other shopper had fainted -- I had never seen such a bizarre prank, the colonel nowhere to be found. At the parking lot, the beat down Ford was no longer there. I got into my car and headed back home, I had a very busy day to look forward to. I had a big project at work to prepare for, and of course, there was also that date later.

Sometimes I actually considered if I witnessed an actual murder. I ended up having time to go buy groceries after all because the date went poorly. This time, when I arrived at the parking lot, it was completely empty, and there were no lights on in the store so I figured it must not be open. I ended up going to a Wegmans a few miles further away, making me come home later than I would have liked to.