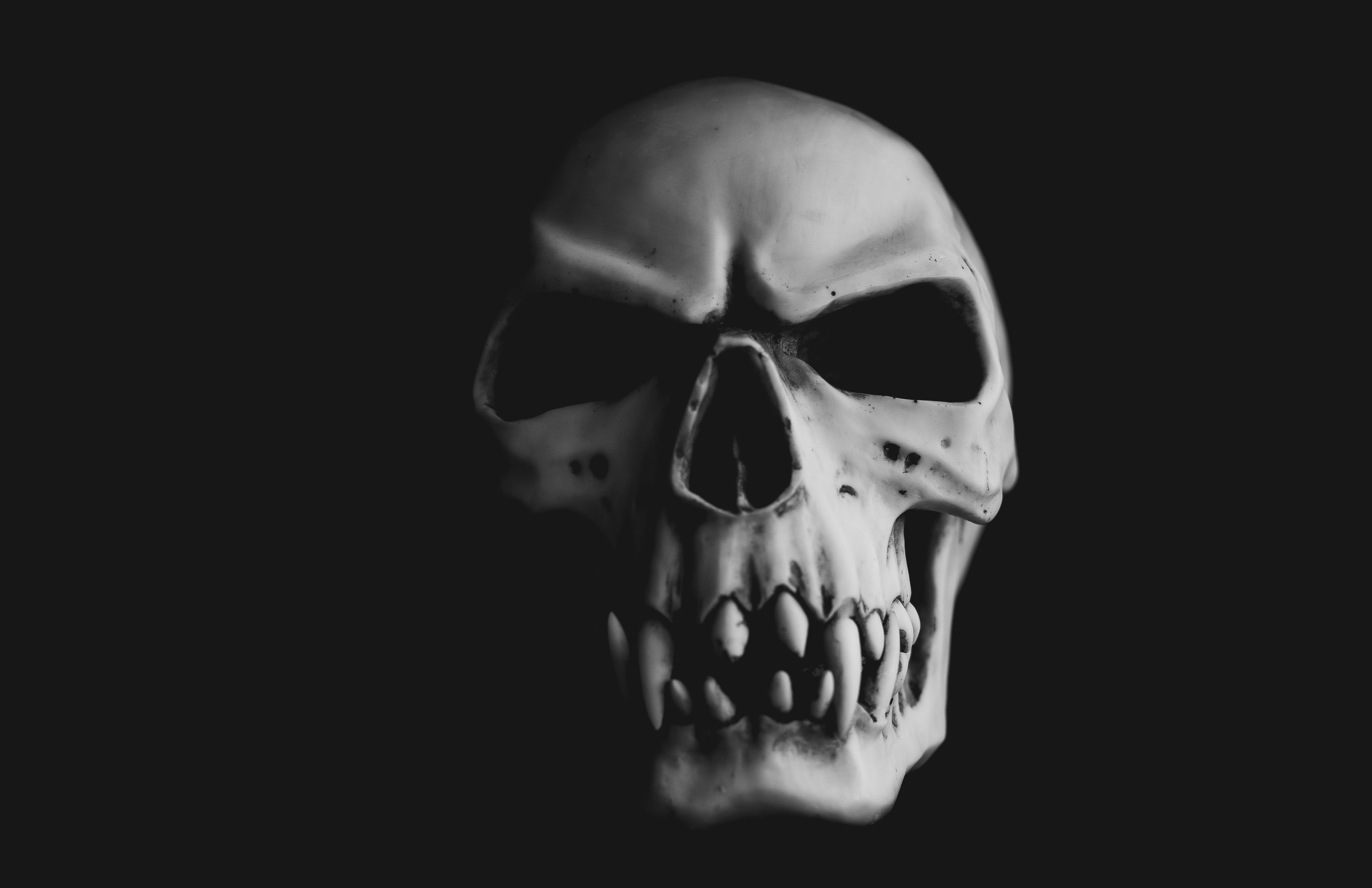 Fred went to the bathroom and pulled out a green pop top plastic container. Slipped the contents into his mouth, and fell unconscious immediately.

“THERE IS NO WAY OUT,” a skull with hollowed black eyes sprang across either his vision or his vivid imagination. Either way he jerked back to reality. He opened his eyes but it was so pitch-black he could barely tell the difference.

“Ahh.” His eyes adjusted to the darkness so he could begin to make out the outline of the small room he was in. The ceiling above was high, and as his eyes continued to adjust to the scant light seeping under the door, he could just barely make out the thin outline of a corpse, hanging, not two feet from his face.

Startled he doubled back, almost falling on himself. Quickly gaining composure, “HELP!” He screamed as loudly as he could, tears streaming down his face. “What the fuck, what the fuck,” he repeated out of breath. “HELP!” He collapsed on the floor.

He took deep breaths to calm himself down. He could hear the rope creak from the weight of the body, what looked to be a woman based on the long black hair that hung like the strands of a mop. He reached to his pocket. A lighter was put there?

He sparked it, and he could finally get a good glimpse of the body that was his only company in the cramped bare room, maybe 80 square feet altogether. Oddly no odor though. The room was damp, and the walls themselves showed water stains.

Aside from the hanging beauty, there was nothing else in the room, he wondered how she was able to hang herself without a chair to kick off of. The rope was tied to a hook on the ceiling, installed off center and seemingly placed with no purpose, except whatever happened to this poor woman. Aside from the macabre centerpiece, there were few other details to the room. No window, the walls were a dull gray. Most importantly the green wooden door was locked.

“Thump”, he kicked at the door but it was made of a hard oak. Unsure what else to do, unwilling to search through the dead woman’s body, he figured he may as well keep doing the only thing he could.

He continued to kick it, after a misguided attempt to use his lighter to maybe set it on fire. Finally, he got a decent sized crack in it. His whole leg ached and felt sore, and he laughed at how stupid he would feel if the woman’s person concealed a key.

Finally after persistent front kicks, he widened the crack until he could put his hand through it. He could feel a door knob, and turned it. "Click."

He walked out, into a hallway long enough it could be considered a tunnel. Illuminated only by his trusty yellow BiC lighter he had just found, he could only tell that the walls were drab, the floors were dirty and cement, and the hallway went on long enough that he couldn’t see the end. The hallway twisted and turned although no doors or discernible features were apparent. He started to lose track of time, unsure if he had been brambling down this hallway for an hour or days.

He started hearing murmurs and deep breathy gasps. At first, he could only make out heavy breaths, sobbing, "No more." “No, please stop,” some unseen voice pleaded weakly. Curious and unwilling to go back the interminable passage he came from, he kept plodding forward. "Please. You don't have to do this." It was a man's voice. More sobbing, more heavy breathing.

The breathing, sobbing, and begging grew louder and louder, before the hallway opened up into an oval room with a domed ceiling.At the center of the room was a torch, giving light to a man with a leather mask on, a zipper vertically placed where his mouth would be, no eye holes. He had on a leather sleeveless vest also with a zipper going down the entire front, exposing his bare meaty and scarred arms to the light. He wore fisherman overalls, with plastic knee boots. His whole outfit matched, all black and sheen. He held in his hand what looked to be a halberd to Fred. The man who had been yelling in a frail voice lay curled on his side precariously underneath the blade. He was noticeably balding at the top of his head, dressed in a colorful and crumpled Hawaiian shirt, and blood soaked jeans. Judging from the blood stains, placement, and angles of his knees and feet, his legs were already broken and lacerated beyond use or repair.

“Womp,” the pole arm fell unenthusiastically onto the unlucky man’s chest. The pain must have woke up this man, because where before he whimpered softy he screamed with such volume that Fred figured he would have heard it however many miles the hallway snaked. At first he had struggled to make sense of what he was seeing. He only took pains to slowly move his feet backward and remain breathlessly quiet. Fully processing what he just saw and where the man's fate would lead, and his own if he was caught, he turned around before transitioning into a full sprint in the direction he came.

It was impossible, it does not really make any logical sense, but not fifty feet from that grizzly soon-to-be execution, he came up against a wall, and a door that must have sprung from thin air. He pulled the green door open in a single motion.

The familiar brown leather chair had never been more inviting. His friends were asleep: the owner of the apartment slept in her bed on the right-hand corner, placed in front of the tv; two contorted their body to fit on the couch; the rest slumped on blankets, jackets, and pillows splattered across the floor. Turning back, he could only see the bathroom mirror, the black shower curtains. Where had he gone? Was it all part of the drug trip? Too exhausted and relieved of the whole-body terror that had gripped him for seemingly days, and finally feeling safe in a familiar setting, he slumped on the floor and fell asleep with the rest of them.