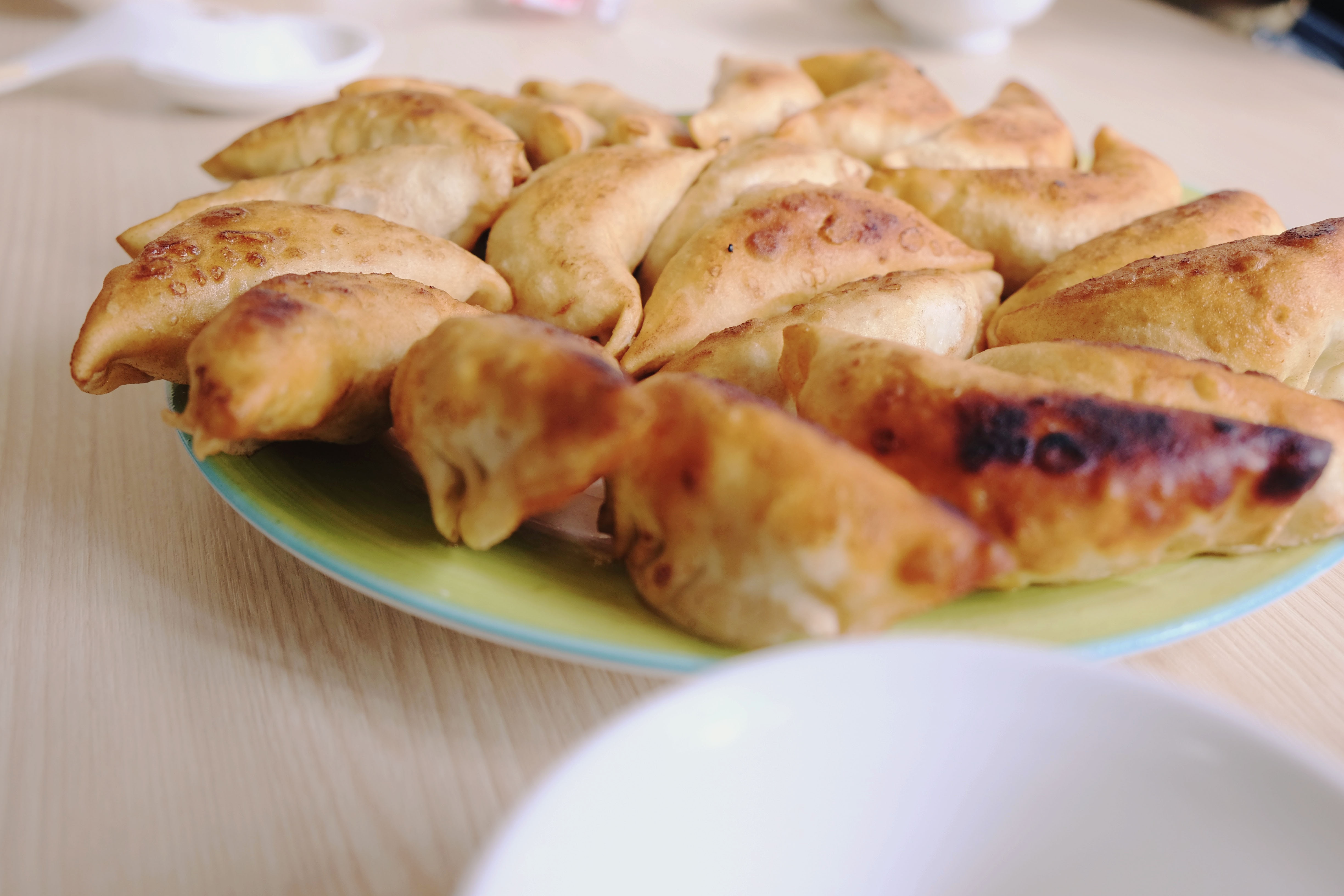 A Chance Encounter With A Stalker

Photo by Henry & Co. on Unsplash

"Monday, 9 to Noon. Tuesday and Wednesday, evening to closing. Thursdays off. Occasionally if her coworker, Michelle, couldn’t take the shift, she would pick up the Friday and Saturday afternoon shift, Sunday, she usually tutored high school students for SAT prep."

It was helpful to refresh his memory about her schedule in case he forgot, and he found the mental exercise fun. Yesterday when he went to the cafe, Michelle was there, meaning her husband had the kids for the weekend. That meant Michelle would be working again today, and so she was off.

Feeling stifled staying in his apartment on such a nice day, he headed out the door. On the street he pondered what to do with the rest of the day. He decided to get some food first.

There was a locally famous hole in the wall Chinese restaurant that served cheap delicious dumplings. He took the subway down to Chinatown but unfortunately for Fred, the line backed out of the store for half a block — I guess if even he knew about the place, it would be too popular to be practical. Checking Google Maps he found a similarly cheap dumpling shop, though only rated two stars, and set out.

A delivery boy swerved by him as he was walking towards the entrance. The shop was mostly empty. They were screaming, in a language he couldn’t comprehend, and barely audible over the pans clanging, the metal spatulas scraping worn woks, and the loud sizzle when a fresh batch of dumplings hit the heated metal for that nice crisp finish.

"One dozen dumplings please." "Okay, to stay or to go?" "To go," and quickly whipped out his phone to look up a park or somewhere else to eat.

He paid for the dumplings and headed out.

"Wow, delicious, crunchy, full of meat, perfectly seasoned. This place is just as good as the other one, maybe even better. Why is it so empty? Must be the hype."

He checked the Google reviews as to why it had such a low rating.

"Avoid! their dumplings had me violently shitting within 5 minutes of eating them." "Never again."

It was well-timed that as he was reading "So glad I ate this in my apartment a few feet away from my toilet," his stomach suddenly turned and he quickly clenched his butthole to keep from soiling himself. He looked around; the park was small and only had a maybe four or five polyester frame canopies with little pop up shops underneath to sell their goods. Underneath one awning was just a homeless man. Maybe he could sidle up next to him, shit himself, and blame his unwitting neighbor.

What was he thinking. "Downtown Manhattan. Where was the best bathroom?" He prided himself on knowing the best bathroom in Midtown where he worked — a run down business office with lax security. You could take the elevator to the eighth floor and use that bathroom, the place had been available for rent for at least two years, but was still regularly cleaned by the building staff. But here, he was lost, and he didn’t want to risk taking the subway, in his state.

He hurried out of the park. He saw in the skyline a multi-story building, that looked exactly as he imagined the office building in Midtown did: rundown, a bland brown that looked old and outdated next to the sleek sky scrapers with floor-to-ceiling windows. He opened the door and couldn’t see any personnel, and it looked like a place with little security. The dusty floor had white and black circles, and the security attendant’s desk was empty with no surveillance camera footage, only a blue binder on the table.

To his relief there was a bathroom, but it required a passcode. He heard the sink running inside, he could easily just wait outside until the guy inside was done washing their hands and left. The faucet stopped, and Fred could feel that he was running out of time.

"Sorry, do you work here?" "Ha HA! No. Do you work here?" He was startled and hadn’t noticed a lady had came out of the office. "As a matter of fact I do. Sorry, this bathroom is only for our employees." "Alright can I just level with you for a second. I just had these dumplings..." What was he saying " -- I work upstairs. Haha, and the stalls were all full, you know how it is. So really if you could just be cool and let me use your bathroom. Y’know I’d let you use ours. Just, be cool." "Oh really. Cuz I don’t think you do work upstairs." "Well I do. Alright. And frankly, you’re not being very neighborly. I feel like we gotta treat this office building more like a community, and act like community members, and as community members maybe treat each other with a bit of respect, huh. Maybe give each other a break every now and then, alright? How does that sound?" "Alright then, and what company is upstairs." "Hot..." Unfortunately, he spurted out the first word that came to mind. "Hot Pockets?" Well to be fair, he was desparately trying to control his bowels at the moment. "We’re on the top floor, upstairs is the roof. You should leave."

The bathroom opened up.

"Hey, hey! What took you so long? I heard the sink, you washing your hands. This bitch here and I got into a whole tiff. What were you doing in there, drying your hands for 15 minutes?" The very confused man responded "Oh I like to wash my hands before using the bathroom." "What? What kind of psycho does that?" "Yeah, I wash my hands before and after. I don’t want all the germs on my hands going near my junk." "I think you should go," repeated the woman who was just about fed up with our digestively-challenged friend. "I think he should go! Crazy person, washing his hands before using the bathroom. What kind of signal does that give to the people waiting outside?" "Alright, you have to leave." "How are people supposed to estimate how long you are going to take!"

Sensing a lost battle, he walked out the building, accompanied the whole way by the zealous office manager.

His stomach gave a temporary relief and he was able to think more clearly. A Subway nearby was his best bet. "Dear customer," a sign read as he walked through the entrance. "Sorry but there is no bathroom in this location. Thank You," and he walked out.

Fine, Google Maps showed a McDonalds nearby, about a block away. But as he walked closer, and imagined the state of disrepair the McDonalds bathroom most certainly would be in, he noticed a better alternative. A big marketplace full of smaller artisanal stores. He had eaten in a similar establishment near his work, and knew that it was the second best bathroom in Midtown. "All-gender private bathroom stalls, no security, and since there were many stores and restaurants there, no one could tell you hadn’t paid for anything."

There were a variety of cute little shops. A creamery, that he had to remember to swing by after this ordeal, a place that sold vintage clothes. On the second level, there was a pop up art show and additional seating, and most importantly for Fred, a bathroom.

He made a beeline for the bathroom, until he noticed an all too familiar face chatting with a friend over a cup of coffee and an ice cream sundae — mhm he really did have to check out the creamery on the way out. Hopefully she didn’t notice him.

"Uhh eating with my friend," her voice betrayed a mix of disdain, exhaustion, and annoyance that can only come about from a long unwelcome acquaintance. "But more importantly what are you doing here? Are you stalking me again?"

"Woah what, no, not this time -- I mean, what are you talking about? Look, I really would like to catch up with you but I really have to go —"

"Is this the guy?" Her friend asked.

"Yes, this is that creep who keeps bothering me at the cafe. He's the creep that I'm tired of seeing sniffing around my work and if you don’t leave me alone, on my weekends, I’m going to have to look into taking legal action."

"What, no, no. Look it’s a long story, kinda funny string of events that brought me here."

"No I got time. Let me know," an increasingly annoyed Sabrina retorted.

Funny, any other situation and he would kill to chat with her.

"Okay," he thought. "A quick Sparknotes version, I can manage within a minute and then straight to the bathroom." The "Bathroom This Way" sign called to him. He took a deep breath.

"Okay so I left my house and didn’t know what to do. Got some dumplings but the good dumpling place was crowded too long of a line, so I went to another one that was equally good but actually was bad because right after I had to take a shit so I went to an office building because there’s one near where I work that happens to be the best bathroom in the city but bitch asked me where I worked and it was the roof. Psycho washes his hands before and after so I couldn’t properly gauge when he’d finish, kicked out of the building, go to subway and sign says there’s no bathroom there so I go to McDonald’s but then I see —"

Maybe he should’ve left out some details. His stomach’s temporary reprieve had gone away and he lost control for a moment but that was enough. A foul stench wafted through the immediate vicinity as nearby patrons scrunched their face.

"Perhaps it was unlikely she would ever see me as more than a friend," he thought.